What’s The Difference Between Hybrid and Electric Cars?

One question we hear a lot is “What’s better, an electric or hybrid car?”

The answer isn’t as straightforward as you might think.

The benefit to your fleet will depend on what you need from a vehicle, so with that in mind, here we’ll examine the features of each engine type, before weighing in on the overall merits of hybrid cars vs electric cars.

When it comes to hybrid vehicles there are three kinds, the first of which is the mild hybrid. In simple terms, mild hybrids use both electric and a choice of petrol or diesel power at the same time – the owner cannot choose to run the vehicle on one or the other for any length of time. To be more specific, mild hybrids have a Belt Alternator Starter (BAS) which uses the energy that combustion cars would lose in breaking, and transfers it into the battery – recharging the car as it moves. This power is then used to help power the car’s propulsion.

Sometimes known as ‘self-charging hybrids,’ full hybrid vehicles can switch between running on their combustion engine or electric motor, or a combination of the two. However, in most cases the electric-only range can be slight – only a couple of miles, in fact. The battery connected to the electric motor is often powered up by the petrol engine and BAS, which is what gives it the ‘self-charging’ moniker.

As mentioned above, full hybrids offer better economy and emissions reduction than mild hybrids, albeit for a higher initial ticket price. The emissions are also typically not low enough to prevent the driver of a full hybrid paying congestion charges. This is something that difference between hybrid and plug-in hybrid can remedy.

The big difference between hybrid and plug-in hybrid vehicles is that the latter have a far bigger battery that can be charged by plugging the vehicle in to a charging port. This allows them to travel much further on just the electric motor alone. At present, typical range for a plug-in hybrid is around 30 miles, making plug-in models well-suited to relatively short-hop commutes where charging facilities are on-hand.

Emissions wise, the difference between hybrids and plug-in hybrids are night and day. Plug-in hybrids offer far lower emissions than other hybrid models. This makes them well-suited to fleets who want to meet emissions targets without making a wholesale switch over to full electric vehicles. Of course, the price point for plug-in hybrid vehicles is also higher than other hybrid models, making even that switch something of a tradeoff compared to staying with combustion engine vehicles for a few more years.

Full electric vehicles operate exclusively on an electric motor powered by a battery, charged in the same way as a plug-in hybrid. The difference between hybrid cars vs electric cars is that in EVs, the battery is considerably larger. At present, most full EVs can travel around 300 miles, giving off zero carbon footprint as they go. Some can even approach nearly 500 miles on a single charge.

This can make EVs a real winner for fleets with high mileage and equally high emissions. However, the longer the range, the higher the cost per vehicle, which can certainly be a drawback for fleets with a high vehicle count.

The other significant downside of electric vehicles can be the charge time – which itself depends on the type of car and charger being used. For some combinations you could be waiting literally all night for a full charge. For others, around 50%-60% of charge could be added in under an hour. For fleet managers, that can make full electric vehicles somewhat inefficient when it comes to longer journeys.

However, with careful planning, charging stops can be timed to coincide with drivers’ meal times. Challenges of this nature are therefore likely to be a feature of future fleet management and journey planning software. 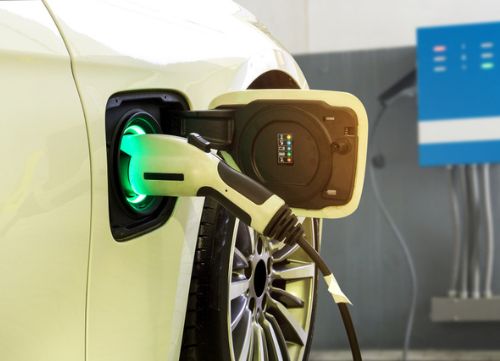 So, what is better – an electric or hybrid car?

As we said at the start of this piece, the differences between electric and hybrid mean there is no easy definitive catch-all answer when it comes to which is superior. However, there are a few truisms to take into consideration:

The emissions and cost differences between mild hybrids vs full hybrids are on the whole less pronounced than those between plug-in hybrid cars vs electric cars. You should weight up all of these factors when making a decision about moving to one form of electric-power vehicle.

Specifically, we’d suggest weighing up your fleet’s average journey length and offsetting that against how far you need to bring down your CO2 emissions before the 15% reduction deadline of 2025. That’s a great starting point for weighing up the differences between hybrid and electric cars and how their merits can benefit your business.

Making the right choice for your fleet

Still not sure about the difference between electric and hybrid and which would best suit your fleet at this time? Our experienced team can help and advise you.