Self-Driving Cars: Is the World Ready?

The April announcement by the UK government that self-driving cars will be on UK roads before the end of the year has caused concern in many circles. Not least because less than a third of people reportedly want that to happen.

It’s not hard to understand why, with safety concerns high on the agenda. A recent fatal crash  in the United States, involving a self-driving Tesla Model S, is all the evidence naysayers need to veto the idea as something out of science fiction.

The near-future reality of self-driving cars, however, is somewhat more complex and multi-layered.

So, are we ready for autonomous vehicles? And if not, when will we be? Read on to find out.

Before we can ask ‘is the world ready for self-driving cars?’, we first need to understand what the term ‘self-driving’ really means.

The truth is that while the term ‘self-driving car’ suggests a vehicle that can travel completely independent of human interaction, there are actually six different levels of automation as defined by the Society of Automotive Engineers, with different manufacturers currently aiming for different ones.

Is the world ready for driverless cars at level five? In a word, no.

Which begs the question… what is it ready for?

ALKS is the immediate answer 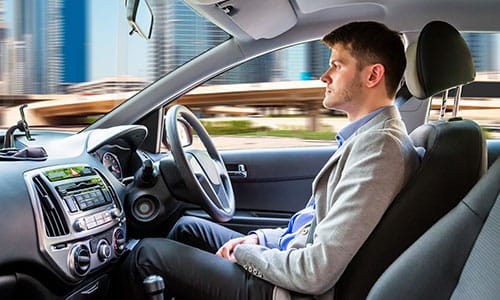 As mentioned above, the UK government’s claim that self-driving cars will be here by 2021 is something of a red herring.

What they’re really referring to is what we mentioned briefly earlier - an Automated Lane Keeping System (ALKS), which can automatically control the speed and steering of a car within its lane, without driver assistance, when travelling up to 37mph.

Are we ready for driverless cars in 2021, then? As it turns out, the answer is yes – to level two automation only.

The more pragmatic answer, of course, is that what people truly think of as ‘driverless,’ and what we’ll see on UK roads over the next 12 months, are still very far apart. Which leads us to ask…

There are a number of arguments for and against autonomous vehicles, across a range of criteria.

The impact on drivers

The potential benefits to everyday commuters are clear – less effort, less early-morning concentration, and fewer accidents… if the technology is sound. At the same time, there are plenty of people who genuinely enjoy motoring, and worry about what will become of the pastime.

The impact on fleets

For fleet businesses, there is a similar dichotomy. Driverless fleets will mean far less expenditure on employing, training and managing a fleet of drivers – which will undoubtedly free up funds to expand business operations. Yet businesses are made up of people, and few fleet companies would openly welcome the prospect of losing something so integral to their culture. Not to mention the idea of making so many people jobless, or losing that all-important human element in everything they do. 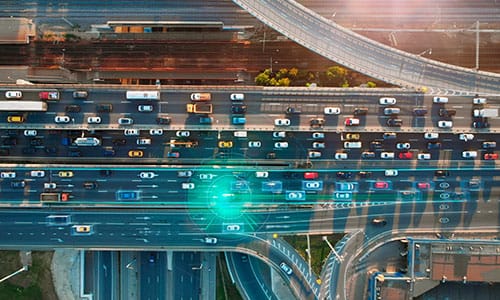 The cost of progress

Additionally, there are the core (and co-joined) societal concerns of safety and infrastructure. In order to pick up their position on the road relative to other objects, driverless vehicles rely on a series of complex and interlocking systems. These include Lidar (light detection and ranging), Artificial intelligence (AI) street cameras and radar, along with the charging network needed to power such vehicles in the first place.

None of these are currently anywhere near the level needed to safely deploy full vehicle automation on a grand scale. Full widespread coverage at a safety-tested level five of automation could be truly a sight to behold, then. But the potential cost of getting there – both financially, and to human lives – will be a steep one if that transition is not handled with the utmost care.

So… is the world ready for driverless cars?

From our perspective, the answer is a resounding… “not yet – but it will be”.

The fleets of the future will look very different to those of today, but there is a long way to go, and more pressing milestones to pass in the meantime. Not least the necessity of the transition to zero emission fleets, which should set the groundwork for a potentially driverless future decades down the line.

To learn more about that, read our recent posts about switching to a personal EV  and getting your fleet EV ready.

To learn how we can help you transition to a greener electric future, call us on 0844 854 5100, or email CSalmon@sgfleet.com.